You are here: Home / Entrepreneurship / Go Do Something: The Flying Car Story (2 of 2) 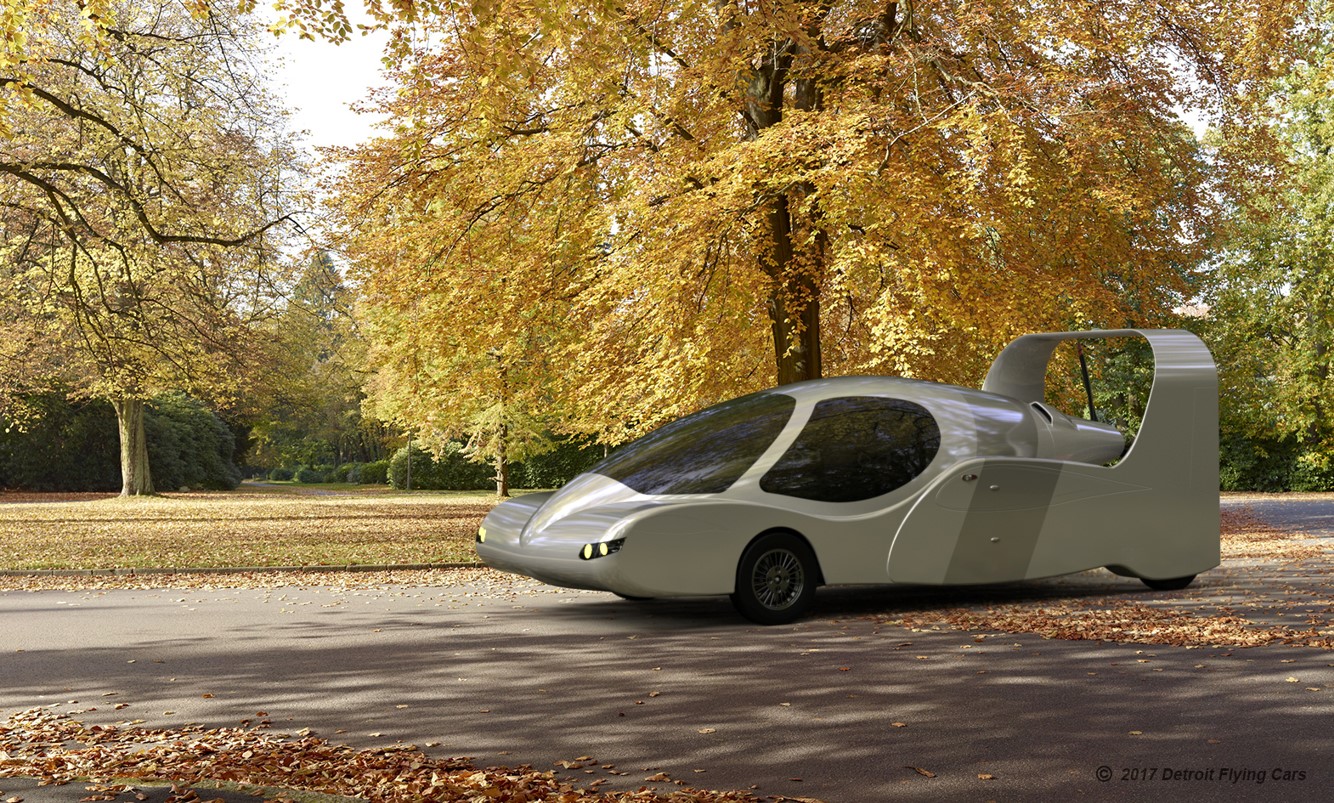 How do some people find a way even when they have their back to the wall? How can they figure out what to do despite being in a hopeless situation? How do new paths emerge just when options seem to have run out?

Today, we continue the story of my friend, Sanjay Dhall, from the previously published part 1 of this article. Dhall is founder at Detroit Flying Cars and President at Emergent Systems. He is building a flying car, frequently flies a plane he has built himself, and has several patents to his name. He is passionate about inventing, creating, and building. The story of his flying car is not only fascinating but also full of counterintuitive insights for individuals and business leaders.

Dhall’s flying car design was an audacious dream in and of itself. The central piece, the wing design, was based on a totally radical concept that has never been tried before. He wanted to design a flying car that can be parked in your home garage. A few others have been working on such concepts with varying success. He decided to use panels of wing sections, that would slide out part by part, once the car is on the road, ready for take-off: a telescopic wing design. It was a clever idea, but there was a major problem. The car width was not enough to accommodate both wings when fully retracted.

That is when he thought of arranging the right and left wings at an offset; one would be above the other so that both sides could neatly stack on top of each other when fully retracted. This was a radical decision, defying all conventions of symmetry in airplane design. 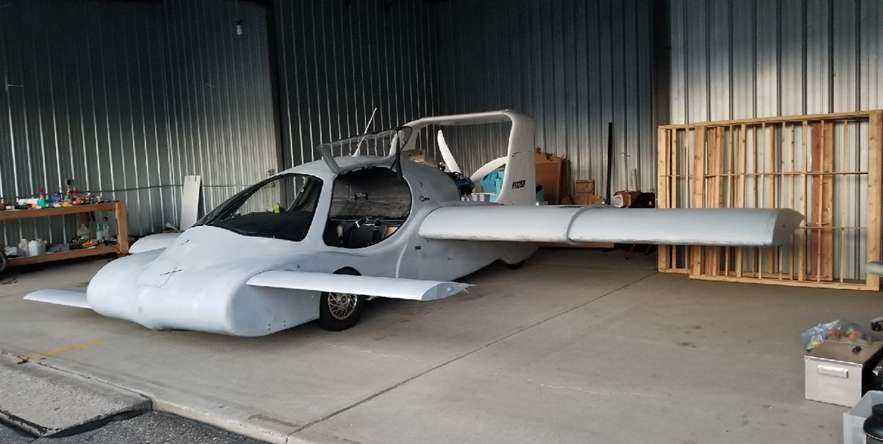 A rule that someone made up and others accepted is like an imaginary wall. You can walk through it. When you are on the other side, you realize that the wall was not real.

Back to the Wall Moments

The flying car had to be modeled on a computer first to find out if it would work. The most critical part, of course, was the asymmetric wing design, particularly because there was scant prior work, if any, on it. We were breaking new ground here. We were all excited about this computational model of airflow over wings churning the data and out came the results. Failure! The Computational Fluid Dynamics (CFD) model proved that the lift was not balanced, and the machine would not be able to fly!!!

This was a moment when I had my back to the wall, says Dhall. The CFD model had simply dismissed his design. After nursing his wounds for a few days, one fine morning, a solution suddenly occurred to him. The problem was not with absence of side-to-side symmetry in the main wings. The problem lay in the relation between the front and back wings. Now it was simply a matter of adjusting the two front wings, so that the airflow would smoothly work on both rear wings. Another CFD run, and bingo! The revised model worked. In theory, the vehicle could fly. 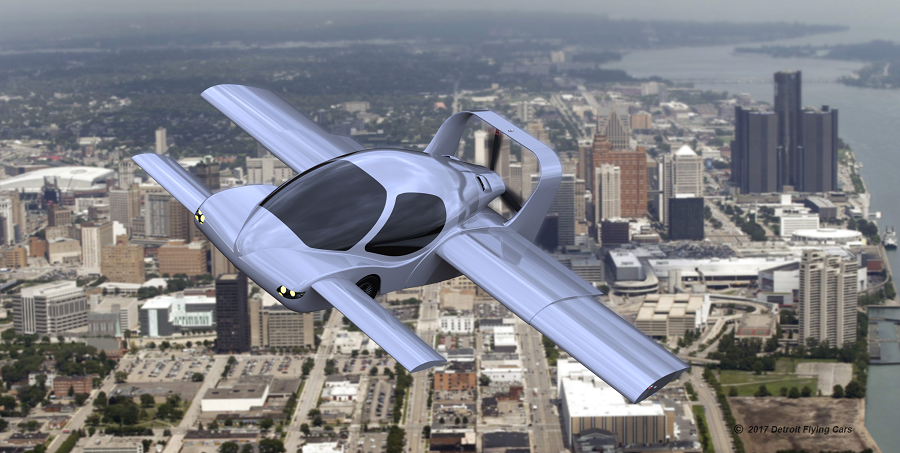 Fast forward to 2018, Dhall’s flying car was ready and it won Federal Aviation Administration’s (FAA) approval for experimental testing. That was a critical milestone.

The primary purpose of the initial taxi test was to ensure that the vehicle could safely steer and reach a take-off speed. Taxi test #1 and #2 went smoothly. In test #3, the vehicle unexpectedly took off, reached a height of about 100 feet, and landed with an impact that caused Sanjay to sustain multiple injuries. Fortunately, he survived the accident.

I was disheartened. But my wife said: Look, it flew! Convalescing in the hospital, I thought: What can we salvage from this? We have broken new ground.

Failure is only a fuel stop on the way to success.

Every step you take into the unknown is a risk. It is like a veil you lift to see what lies on the other side. Your sense of curiosity exceeds your desire for comfort. In my case, beyond the veil are the asymmetric wings that work!

In the thick of a battle when options run out one by one, there comes a moment of clarity. All blinders go away. Conventions are gone, compulsions are gone, senses are heightened, and you are looking for just about anything that would help. The thinnest twig will do so long as it is wider than a bullet. In that moment, you become open to solutions in a way you are not in comfortable times.

So, why do some people experience that clarity during a crisis, and others are simply paralyzed? According to Dhall, optimism disposed him to clarity. In his own experience with the flying car, despite early hurdles, very often he found that things do work out. He tried many times, his trials failed, but eventually succeeded. He sums up his point of view succinctly:

The good graces of life that enable us to overcome past hurdles
have brought us to the present moment. That alone is reason enough for optimism. 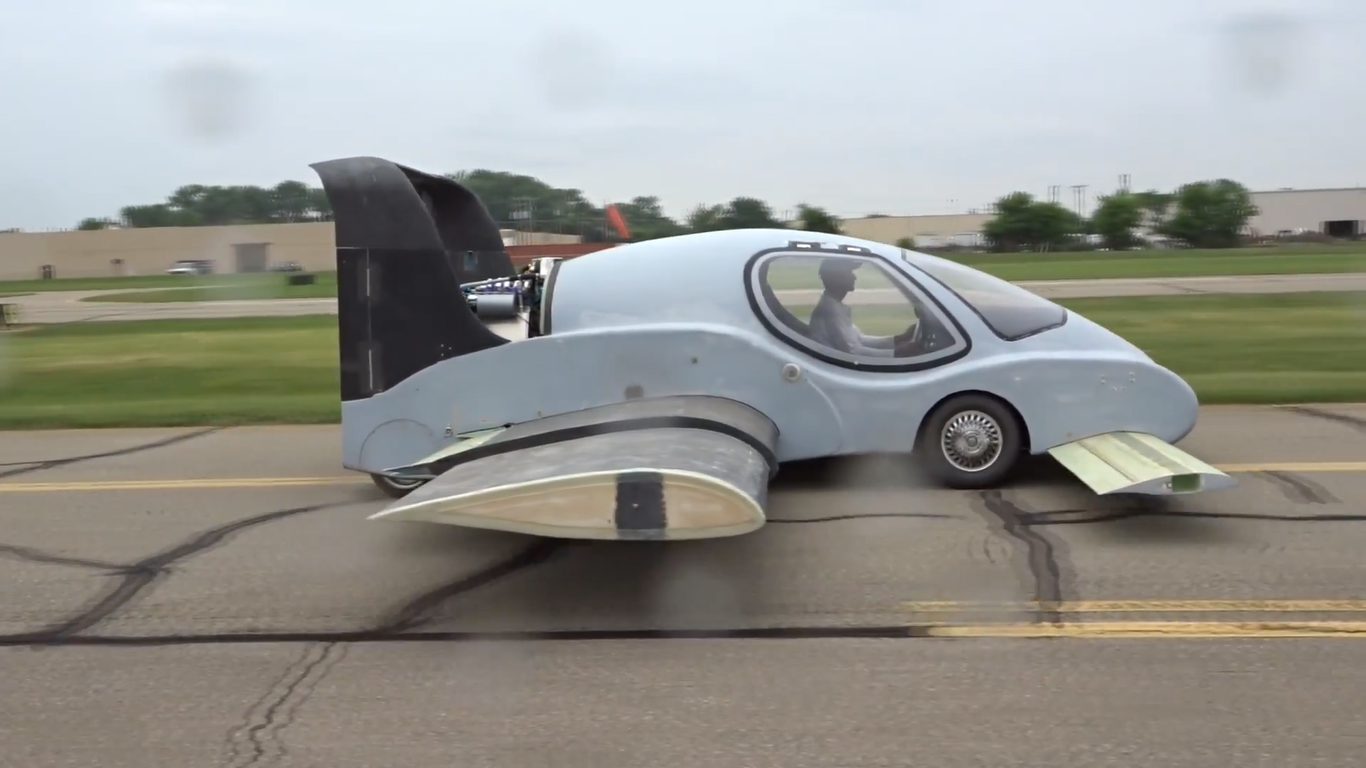 In an earlier article on clarity in crisis, we saw how stalled business transformations speed up in crisis. When crisis removes the clutter, attention is focused on the essential. That is when clarity emerges. It is the moment of clarity that delivers the answer.

Let Go, Don’t Give Up

In Dhall’s experience, when you are dealing with a vexing challenge, often the best answer comes when you are not asking. The key is to let go without giving up. What does that mean? You let things be. And you remain mindful, observant, and open. Stay relaxed. Keep looking.

You must recognize the gifts that come your way, or else they will remain hidden in plain sight. Those gifts are found all around you, especially in nature. The problem is that we keep looking for them in familiar places, guided by habits, compulsions, conventions, and credentials; says Dhall. And finally, always be in a state to receive new ideas from near and far, even from naysayers.

Sanjay Dhall’s Flying Car, You, and Me 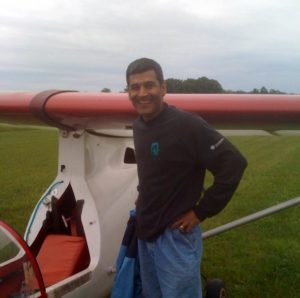 The story of a flying car is a developing story. Detroit Flying Cars continues to pursue its mission, as do other firms in this pathbreaking new technology. I invite you to join me in wishing the best to this nascent industry and to Sanjay Dhall.

One day we will see the success of their mission.

In the meanwhile, as business leaders, what do we learn from Sanjay Dhall’s story? I think the story gives us a blueprint for a positive, practical, and mindful approach to success in the face of daunting challenges.

Ready for the takeaways from this and the previous part of the story? I am, too. Here we go.

These days, to find negativity surrounding us, we don’t have to look too far. We see it in news, op-eds, statistics, models, conspiracy theories, and political posturing – all relentlessly forwarded and shared on social media. That being so, as Dhall shows, we can still do something. All it takes is challenging one assumption, defying one convention, observing one gift hiding before us, and we have opened a whole new world of possibilities.