You are here: Home / Entrepreneurship / A Success Story to Learn from 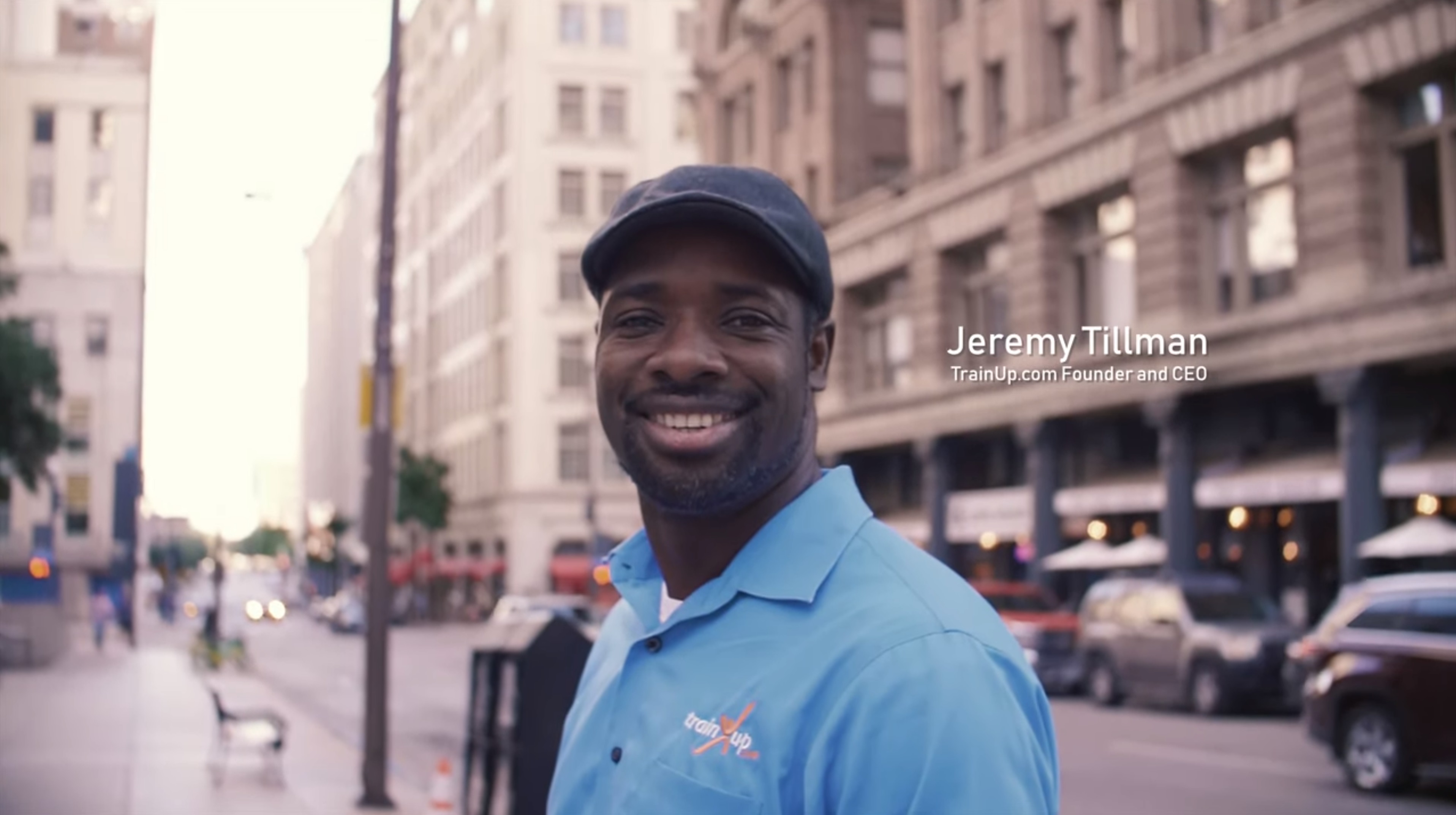 In a family, when someone’s flaw causes things to start falling apart, what saves everyone from a downfall? This is a story of two heroes—Linda Tillman and her son Jeremy Tillman—who witnessed their family descend into poverty and recovered valiantly from the brink of disaster. This story shows how Linda exerted a positive influence over her son despite her failings. It also shows how Jeremy drew on her innate goodness while looking past her flaws with compassion.

One of the privileges of working in learning tech is you come across extraordinary entrepreneurs with a passion for education. Jeremy Tillman is one such person. He is founder and CEO of TrainUp.com, a Dallas-based career training marketplace built on a strong and growing technology platform. Under his leadership, TrainUp has served over 60,000 companies, including 92% Fortune 500 firms. I first met Jeremy at Harbinger offices when he visited India.

I still remember the first meeting when our companies started working together. At project kickoff, the Harbinger team was expecting Jeremy to stick to the usual agenda: product vision and goals. He went much further and shared his personal journey. In fact, he showed us a video that beautifully captures his life story. That was a first.

The video begins with Jeremy’s own words, “I [could have been] one of those statistics that you hear about that finds themselves in a generational poverty … feeding into the criminal justice system.”  The video goes on to describe how he and his family overcame their dire circumstances – worsening poverty, single mother, substance abuse, sibling separation, and homelessness.

When Linda Tillman graduated from high school in the 1970s, she was well on top of her game. She wanted to learn accounting and business. She went to college in Alabama, and sure enough, she graduated with a college degree, got married, and had three kids—Jeremy, his brother and sister. 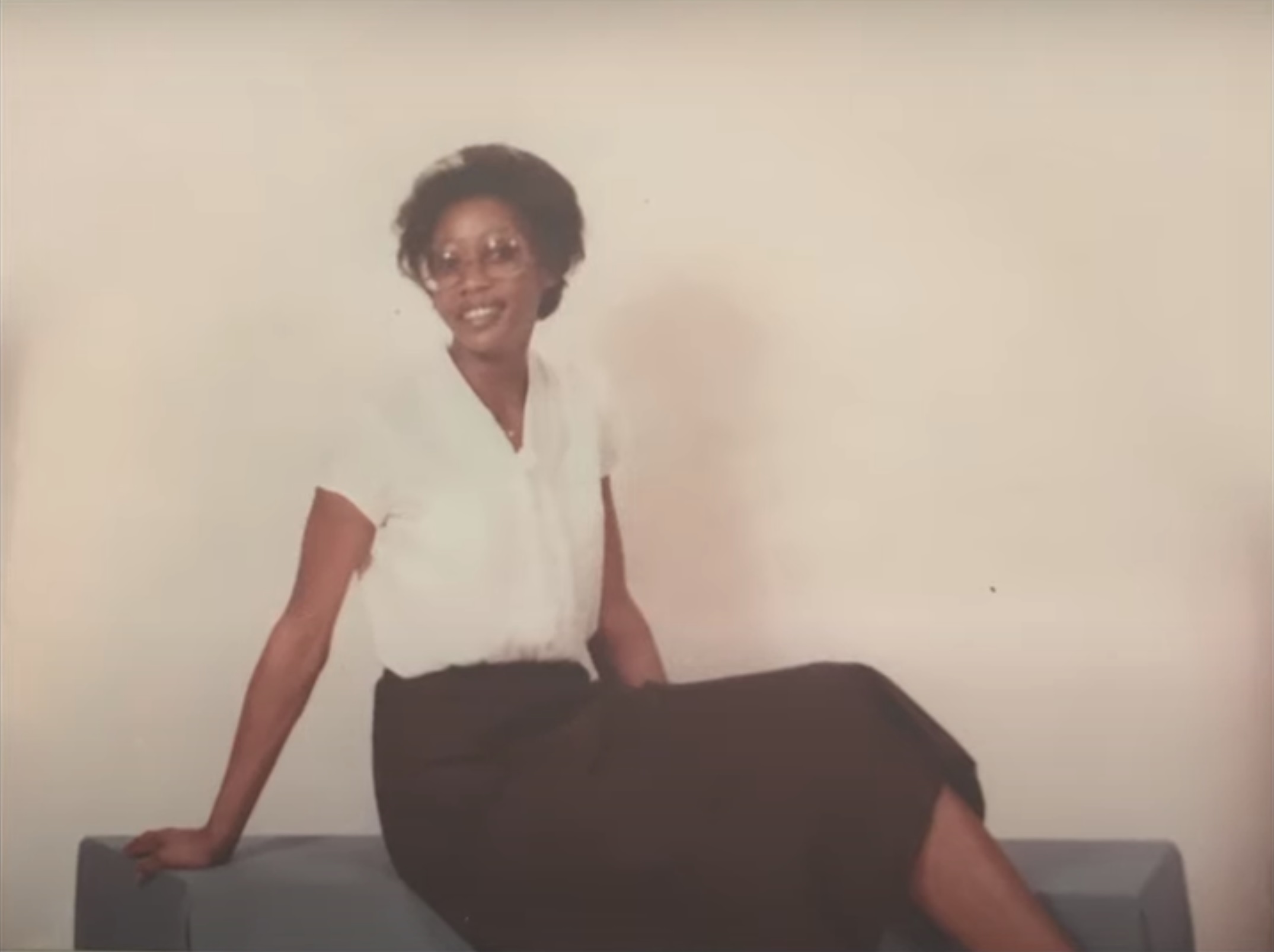 Then came the divorce. Linda decided she wanted to do MBA next, and took 3-year old Jeremy and his siblings from Alabama, GA to Buffalo, NY. Linda was halfway through her MBA program when a friend introduced her to crack cocaine.

That was the beginning of a struggle with substance abuse that tormented her for three decades. She dropped out of her MBA program. Then began a hard life of odd jobs in Buffalo. Jeremy and his siblings hardly ever saw their dad. In the course of time, she had two more sons.

Nine years passed and one fine day, Linda heard from her ex-husband. He was ready for her to move back to Alabama with kids so he could remarry her! Linda accepted. Unfortunately, Linda’s addiction continued. Jeremy remembers the times he would go to the pawn shop to bring back her wedding ring. The re-marriage was short-lived. Poverty caught up, and the prospect of homelessness became real. Finally, Linda and kids moved into a public housing project on the outskirts of Alabama.

Those were the circumstances Jeremy had to overcome as he graduated from high school, went to college, got his degree in computer science, and started working as a systems architect with a consulting company. Fast forward, today all five siblings attended college– an outstanding achievement for a family in a neighborhood where not even 5% kids ever went to college. Jeremy is a successful tech entrepreneur in Dallas. He and his wife Deb raise their two lovely boys, Miles and Luka.

“The only difference between us and other kids in our neighborhood,” says Jeremy, “was mom.”

How Linda Raised Them

“Regardless of what was going on with her, mom expected to us do our best. She expected us to take school seriously. She really cared about education. There was the expectation that we were going to get our homework done. We had a chart of household chores. We were not allowed to slack off. We held each other accountable to the structure she had set up.” 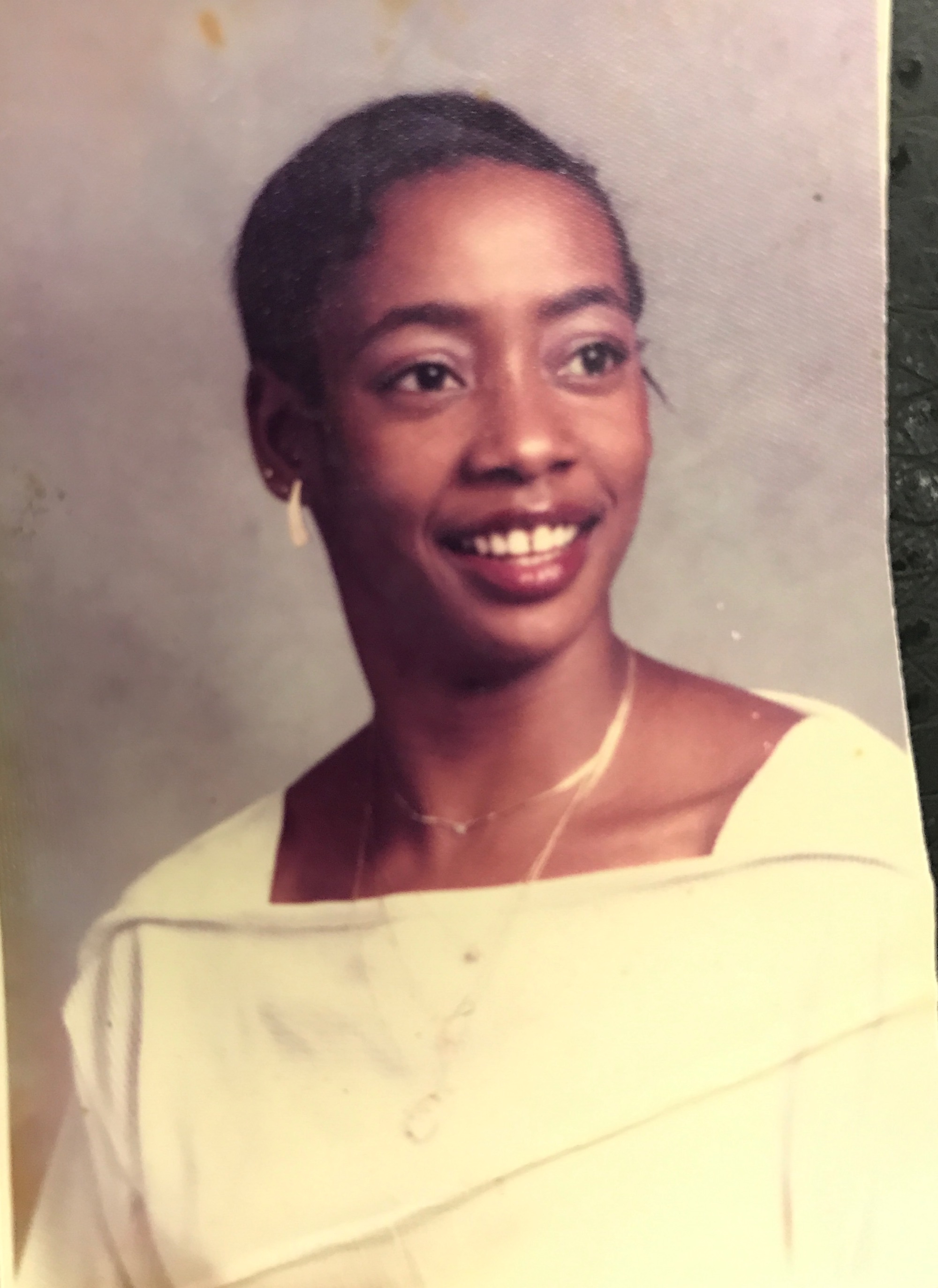 How did Jeremy learn to look past her drug addiction? According to him, “Addiction is not a reflection of one’s true self although it is a part of life.  She did not lie, nor did she hide anything from us. Shame and embarrassment in the neighborhood had become a norm for us.  She was genuine when she said, ‘I do not want to see you in this place’. I felt that deeply. Often, I volunteered for her drug runs. I felt her pain and compulsion. I knew what she was going through.”

The addiction tortured Linda. It drained her resources and made her look the next thing in the house to pawn. But that did not take away her generosity. “She would take your last dollar, but she was always the first one to give her last. In our neighborhood we were always the family you went to if you were hungry, and we would share even our last snacks.”

Linda’s own life was in a mess. But she knew the value of keeping things in order. On Saturdays she made the kids clean up the park in front of their house. She taught them to respect their neighborhood. She pushed them to help the community.  It was not just about you and your family. You had to work to make your surroundings better.

“Everyone in that public housing project was in a survival mode. Nobody looked beyond today. Mom was different. She had a vision. That is why she pushed us to go further in life instead of somehow making some money to support the family.”

How Jeremy Built on the Foundation

Throughout his childhood, under Linda’s influence, Jeremy developed a passion for knowledge and learning. Linda was a smart woman who knew accounting. She was the neighborhood tax lady. She advised people. Come tax season, and the family’s income would improve. Later in 2003, when Jeremy started his own company, he focused on career education, training, and development. “Yeah, those things were close to my heart. I was able to make it out because of that.” In TrainUp’s vision, education became a ticket to social mobility for everyone.

As Jeremy’s life flourished in Dallas, he also helped his siblings help themselves. Back in Alabama, when his two younger brothers were taken away from their mom by the state, got caught up in the drug scene, and ended up in a foster home, it pained Jeremy’s heart. He bought a home in a good neighborhood in Dallas, got custody of his brothers, and moved them to Dallas. The teenagers brought their issues with them: wild parties, broken windows, drugs, and calls from cops. Jeremy worked patiently with them, their teachers, and schools to get their lives back on track.

Jeremy’s efforts paid off. One brother ended up in US Marines and is now a Dallas firefighter. The other one set himself up independently as a mechanic. Finally, Linda moved from Alabama to join Jeremy’s home. “She had 9 months of total rehab inside home! Once she got off hard drugs, she never went back.” They had a sweet time together before she died. The family endured ups and downs and won in the end.

Jeremy discovered leadership while growing up in his tough circumstances. Today he is a successful businessman who is also making a social impact. The advice he has for countless youngsters who walk that fine line between social mobility and unrelenting poverty is equally applicable to the rest of us. “Despite the situation you find yourself in there is hope. Remember, you are not defined by your circumstances. Treat obstacles of today as catalysts of future.” 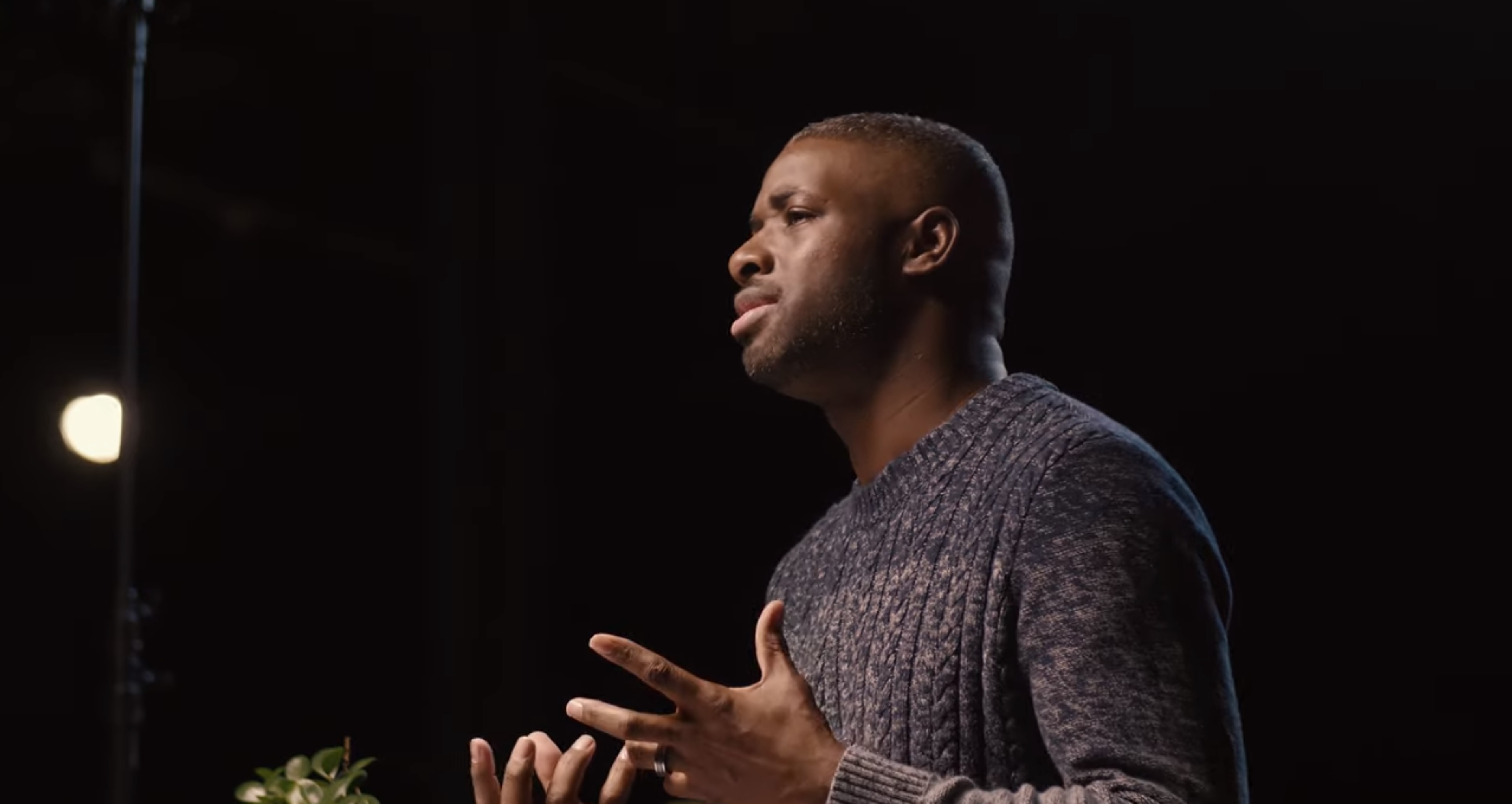 “Do not take shortcuts just because you do not have something that everybody else does. People remain in situations because they take shortcuts. Do not make excuses. Do not give in to the pressures of the moment. It only through consistency over a period that you are going to find the strength to make it out.”

Linda’s addiction came in the way of her MBA, but she did a few key things right. She pushed her kids to learn, taught them love, and exposed them to the joy of sacrifice. That made all the difference. Her heroic fight to raise kids ended in a win for herself and a better life for her kids.

To me, Linda and Jeremy’s story deeply questions our fixation with flaws. It says that if you are looking for the perfect mom, the perfect dad, the perfect teacher, the perfect boss, or the perfect life situation, then good luck. Perfection is to be found in yourself, not your circumstances. Agree? Disagree? Would love to hear from you.