Dr. Vikas Joshi was recently invited as a speaker and panellist at Altair’s ‘Design the Difference’ leadership conclave in Pune. It was held on August 3, 2017 at The Westin Pune. Eminent industry leaders from diverse verticals shared their views, experiences and success stories at the event. Dr. … END_OF_DOCUMENT_TOKEN_TO_BE_REPLACED 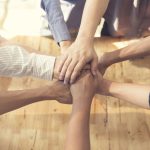 Just a few days ago, I wrote about how VCs can play a role in fixing Silicon Valley’s toxic bro culture. Almost immediately after, the news about Google’s now infamous Diversity memo broke out, and it has been dominating mainstream and social media. The memo was based on the assumption that the … END_OF_DOCUMENT_TOKEN_TO_BE_REPLACED 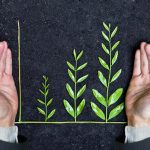 The topic of Silicon Valley’s toxic ‘bro culture’ is not particularly new. It has long been recognized that the Silicon Valley can be deeply alienating to several groups such as women and minorities. Some recent developments including the resignation of Uber’s Travis Kalanick have only brought … END_OF_DOCUMENT_TOKEN_TO_BE_REPLACED